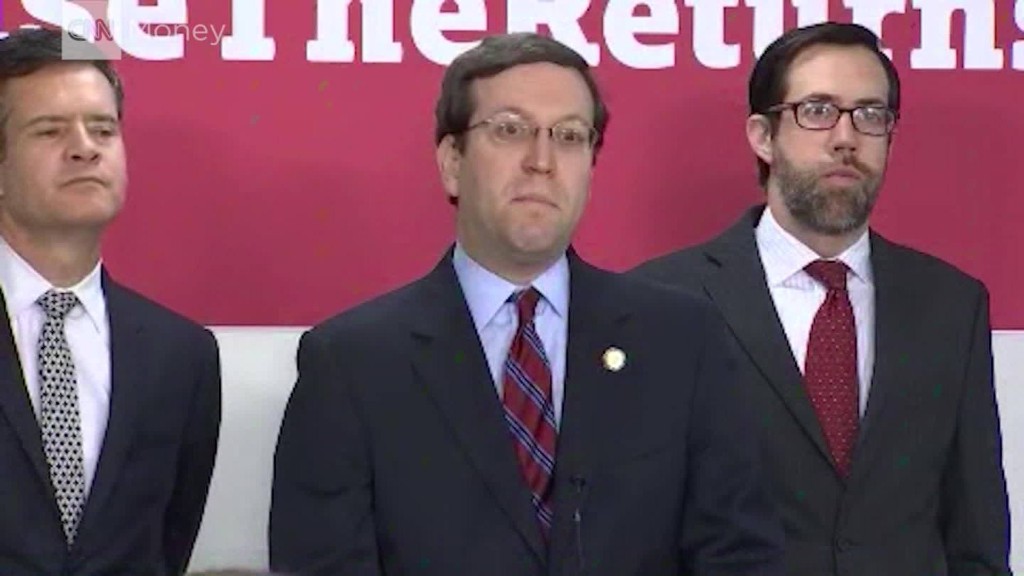 Some Democratic state senators in New York are trying an end run to get Donald Trump’s taxes into the public view by introducing legislation that would reveal his state tax returns for the last five years.

The legislation — dubbed the Tax Returns Uniformly Made Public Act (or TRUMP Act) — would require the state to post online the state tax returns of anyone elected to federal or state office in a statewide election, including the president and vice president.

Trump is a resident of New York, and bill sponsor Brad Hoylman hopes the legislation will give the public a glimpse at Trump’s taxes.

“The tax experts I’ve spoken to think we’ll get a good snapshot of what’s on his federal form,” he said. In fact, the Trump tax return that the New York Times reported on before the election was the top pages of his New York state form.

Trump has refused to release his tax returns while in office, breaking with a 40-year tradition. He has claimed that ongoing IRS audits prevent him from doing so, even though such audits wouldn’t restrict anyone from publishing their returns. And Trump is mandated to be audited during the rest of his time in office.

Democrats and a small handful of Republicans, citing Trump’s ongoing business interests, have pushed him to release his returns or to pressure Congressional leaders to exercise their authority to obtain them legally.

Related: The two biggest ways the Trump family could benefit from his tax plan

A separate bill introduced by Hoylman would require anyone appearing on a statewide ballot in New York to release his or her federal tax returns, but that wouldn’t force Trump to release anything until 2020, if he runs for a second term.

Hoylman said he got the idea for the TRUMP Act from a Washington Post op-ed column written by University of Chicago Law Professor Daniel Hemel.

“Trump would almost certainly bring a constitutional challenge to any law requiring him to disclose his [federal] tax returns as a condition for ballot access, and it is far from clear that these laws would hold up in court,” Hemel wrote. “But publishing Trump’s state tax returns is a much more viable option — and would make his returns available to the public now, rather than three years from now.”

Related: Trump has ‘no intention’ of releasing his tax return, Mnuchin says

Republicans control the New York Senate because some Democrats have joined with Republicans to form a majority. But Hoylman said he’s confident that his bill still has a good chance at being passed into law.

“The Republican control of the senate is nominal,” he said. “I wouldn’t rule out this happening by any means. Public support is widespread.”

The law requires the release of tax returns only by those elected by statewide vote, so New York’s state representatives and senators would not be required to release their own returns. Hoylman has never released his tax return, although he said he’s not opposed to doing so.